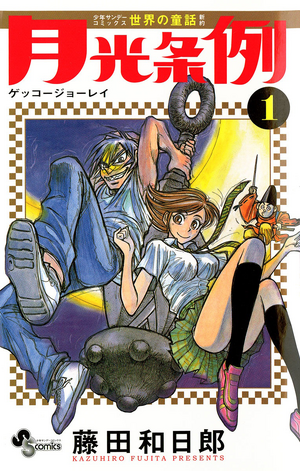 Gekko Iwasaki, a high-school student, is selected as executor of "Moonlight Act" and fights against the residents. In this fairy tale, there is a world which is strangely affected by blue moonlight once in dozens of years. "Moonlight Act" is a rule to restore the world to its former condition.

Retrieved from "https://moonlightact.fandom.com/wiki/Moonlight_Act_(manga)?oldid=134"
Community content is available under CC-BY-SA unless otherwise noted.